A horror game character from ‘Poppy Playtime’ named Huggy Wuggy has been raising concerns amongst parents, police and safeguarding professionals.

WARNING: This contains images and details some people may find disturbing. This should not be shared with young children.

Last year, we carried out an Online Safety Review on the game Poppy Playtime. Now, one of the most popular characters from the game, Huggy Wuggy, has reignited safeguarding concerns due to reports of online challenges and disturbing content featuring the character.

Who is Huggy Wuggy?

Poppy Playtime is a PC horror game that involves an unnamed protagonist investigating a mystery in an abandoned toy factory. As the player, you roam around the factory and collect VHS tapes to solve the mystery of what happened. You must solve puzzles while trying to survive the “vengeful toys” left behind.
“Huggy Wuggy” is one of the game’s most popular – and visually disturbing – characters. It’s a giant, horrifying blue creature with bulging eyes, wide red lips, and long limbs who actively follows you around as you try to complete the game. He appears in the dark unexpectedly to try and catch you. If you get caught, Huggy Wuggy bears his wide and sinister grin and eats you.

Although Poppy Playtime was released last year, there has been a recent surge in the creation of Huggy Wuggy-related content, alongside reported playground-style challenges based on the character.
The Dorset Police Cyber Protection Officer has recently released a statement, warning parents that children may be viewing graphic fan-made videos that are popping up on platforms such as YouTube and TikTok.

Some created videos feature songs alongside animation, designed to be upsetting and ‘creepy’. Others feature jump-scare animations. The videos appear across several popular platforms, in particular on TikTok and YouTube. The hashtag ‘huggywuggy’ has over 2.9B views on TikTok.

Due to the name of the character, these videos are often ‘slipping through the net’ of platforms’ safeguarding measures like content filtering and age-restrictions.

Police have also reported that some schools have seen children recreating scenes in the playground, hugging and whispering “nasty things” in the recipient’s ear. Our researcher’s found no further details on these reports at this time. 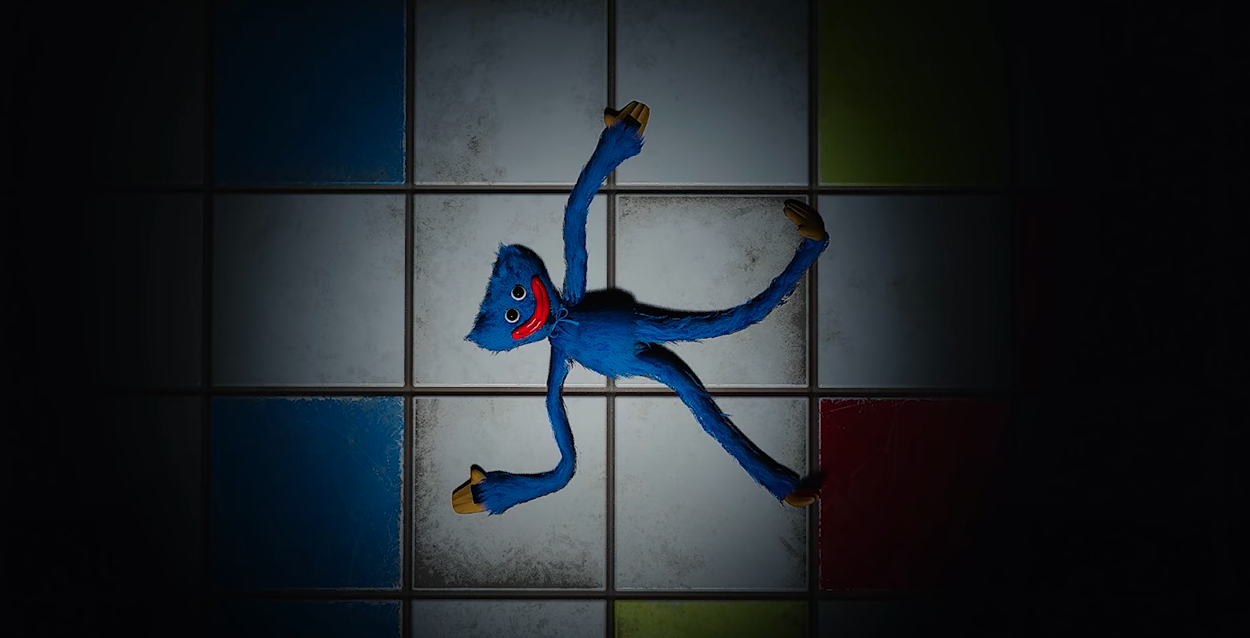 One potential reason for the recent increase in content and popularity may be that a second version of the game is rumoured to be  released very soon. A new trailer has been released, alongside ‘teaser’ clips and many fan-made videos on YouTube discussing the potential changes.

Amongst the information that developers have released, is the addition of new characters, including Mommy Long Legs and Kissy Missy. Like Huggy Wuggy, these new characters have arguably ‘innocent’ names that may sound child-friendly but could be visually disturbing and upsetting for children.

Why are horror games appealing?

There are multiple risks that can arise from children and young people being exposed to frightening content before they are prepared.

Every child is different. Some may genuinely enjoy the horror genre and not struggle with any lasting feelings of fear or panic from playing a game. However, if it causes a child to be stressed or anxious, they may:

If the child in your care comes across something scary or disturbing online, they should:

to take a breath and try to stay calm

about something else that makes them happy

If a parent or carer expresses concern about Huggy Wuggy or Poppy Playtime, share this article and our resources with them to help provide context and further advice.

Apex Legends: Everything You Need to Know